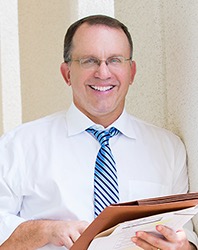 Andrew M. Schwartz is the founding shareholder and president and of the Andrew M. Schwartz Legal Team. Originally from New Jersey, Mr. Schwartz has practiced law in Florida since 1989. A member of the Florida Bar for over 30 years now, he has represented individuals and businesses in a variety of cases, including those involving contract disputes, business transactions and litigation, real estate transactions and litigation, shareholder disputes, corporate dissolution, temporary and permanent injunctions, landlord-tenant disputes, and foreclosures. Mr. Schwartz also serves as outside general counsel, advising clients in conjunction with the needs of their businesses, including both litigation and transactional requirements. Additionally, Mr. Schwartz often represents his clients in alternative dispute resolution proceedings, including those before arbitration panels and in mediation conferences.