You can be Certain of Uncertainty… 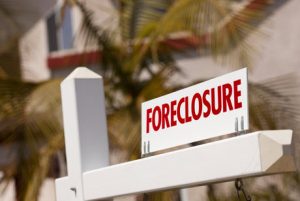 Now that the Florida Supreme Court’s written opinion has been issued in Bartram v. U.S. Bank Nat. Ass’n (SC14-1265), most believe that some measure of “clarity” has been given in the foreclosure universe as to how, and under what circumstances, Florida’s statute of limitation (F.S. §95.11(2)(c)) applies in successive actions brought to foreclose on a mortgage where the mortgagor continues to stand in default for payments due and owing to the mortgagee.  While the specific question at issue in Bartram v. U.S. Bank Nat. Ass’n (SC14-1265) has been answered in the affirmative (well, sort of), the Court’s recent ruling leaves more questions unanswered than it does answered.

Does acceleration of payments due under a note and mortgage in a foreclosure action that was dismissed pursuant to rule 1.420(b), Florida Rules of Civil Procedure, trigger application of the statute of limitations to prevent a subsequent foreclosure action by the mortgagee based on all payment defaults occurring subsequent to dismissal of the first foreclosure suit?

In the opinion rendered by the Florida Supreme Court, this question was rephrased as:

Does acceleration of payments due under a residential note and mortgage with a reinstatement provision in a foreclosure action that was dismissed pursuant to Rule 1.420(b), Florida Rules of Civil Procedure, trigger the application of the statute of limitations to prevent a subsequent foreclosure action by the mortgagee based upon payment defaults occurring subsequent to dismissal of the first foreclosure suit?

Was this a distinction without a difference?[1]  It doesn’t appear so.  But that’s a discussion for another time.

Legal scholars are going to have a field day seeking to determine the extent of application of this holding, since it leaves so many salient issues unresolved: where the mortgage contains a provision indicating that payments are applied first to interest, then late fees, then principal, does a mortgagee have a right to take a new installment payment made by a mortgagor, post-dismissal, and apply it to interest and late fees accrued years before?  Does the mortgagor have a right to dictate that any new installment payments made after a dismissal be applied to each new installment going forward, leaving the prior unpaid balance an issue to be resolved upon maturity of the debt obligation (essentially making a prior unpaid balance a “balloon payment” due upon maturity)?  If an involuntary dismissal was entered without prejudice, does a subsequent event of default allow a mortgagee to re-litigate and seek to collect in a subsequent action prior default payments that were at issue in the previous (and now-dismissed) proceeding?  If an involuntary dismissal was entered with prejudice, and a new action is initiated thereafter based upon a subsequent post-dismissal installment payment default, does the mortgagee have the right to seek recovery of default payment sums that were alleged to be at issue in the prior action?

While it is clear that the Court’s “automatic reset” portion of its holding would grant a mortgagee the right to bring a new lawsuit, based upon a new post-dismissal default in payment of a subsequent installment, and to thereafter “accelerate” and demand “all sums” due under the debt instrument and security instrument, the Court did not dedicate any portion of its significant efforts and time to any manner of explanation as to whether or not sums claimed to be at issue in those dismissed prior actions would be proper for consideration as damages in the later filed subsequent foreclosure lawsuit.  It may be that the Court believed that such consideration was beyond the scope of the question certified for review.  However, it is puzzling that no time or effort was given to this issue, where the Court expended so much time explaining analyzing the “right” of a mortgagor to re-commence making installment payments to a mortgagee post-dismissal.  If the Court was so concerned with mortgagors being made aware that it is ok to re-commence sending installment mortgage payments to their lender after the involuntary dismissal of a foreclosure action, one would think that the Court would have been equally concerned with providing some measure of explanation as to how those newly recommenced installment payments could be applied by a mortgagee, and whether or not a mortgagee (particularly after an involuntary dismissal with prejudice) is allowed to take any newly made installment payments and apply them to “default payments” that were at issue in the prior dismissed action (or even towards “default payments” that originally came due more than five (5) years after the newly re-commenced installment payment(s) were made by the mortgagor).

Given the number of issues left undecided by Bartram v. U.S. Bank Nat. Ass’n, now more than ever, it is vital for any Defendant in a pending foreclosure lawsuit (or any party who is under the belief that a lender or mortgagee may soon initiate a foreclosure proceeding against him/her/it) seek the advice of competent legal counsel, since the issues outlined above are usually determined at the trial level based upon the particular and unique facts of each case.

For any questions or inquiries you may have regarding mortgage foreclosure, please contact our Boca Raton Real Estate Attorneys at the Andrew M. Schwartz Legal Team at 561-347-6767.

[1] Of note, the Fifth District Court of Appeal’s decision does not reference, let alone discuss, the mortgagor’s right to “reinstate after acceleration” under either the note or mortgage at issue.